CONVENTS & INSTITUTIONS IN THE CENTRAL PROVINCE 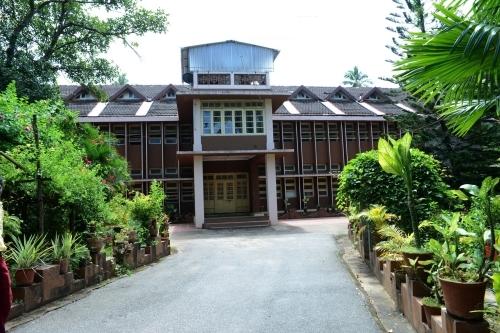 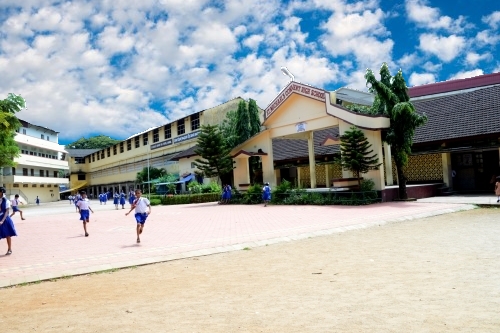 The Patriarch of Goa, Dom Matheus O Xavier, requested Bishop Aloysius Mary Benziger of Quilon to open a convent of Carmel Srs. at Karwar. In obedience to the Bishop, Mother Mary Michael, the 1st Mother General agreed to open St. Micheal Convent; in the year 1927 January 9th . Four Srs. arrived at Karwar, stayed in a temporary house called Collin’s Bungalow on the sea front. The school was opened on 1st February 1927 with 20 pupils in the nursery, Std I & II. The school celebrated its Golden Jubliee Year in 1977 and Platinum Jubliee Year in 2003. 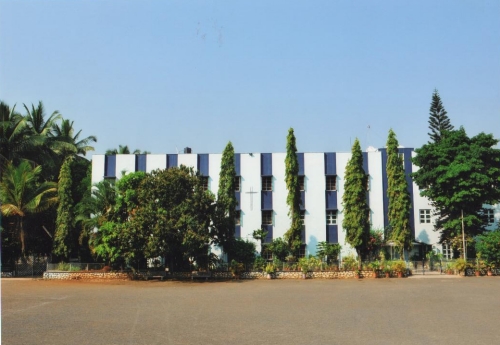 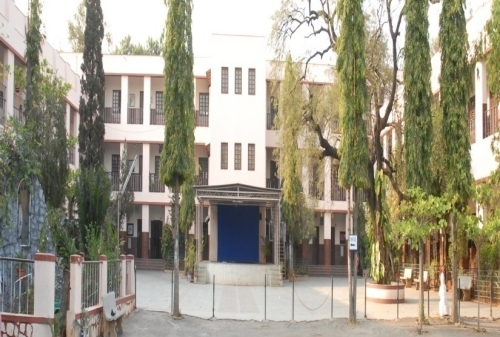 In 1950,Bishop Andrew D’Souza was appointed as the Bishop of the Pune Diocese and he wished to found new institutions in his Diocese. It was fulfilled in the opening of St. Joseph’s Convent in 1950. When the Sisters of our Congregation was invited to take over the already exiting school of St. Joseph’s Kirkee, Sisters Of another Congregation was running it as a primary school, for the Fathers of St. Ignatius Church, Kirkee. The school celebrated its Golden Jubliee Year in 2000. 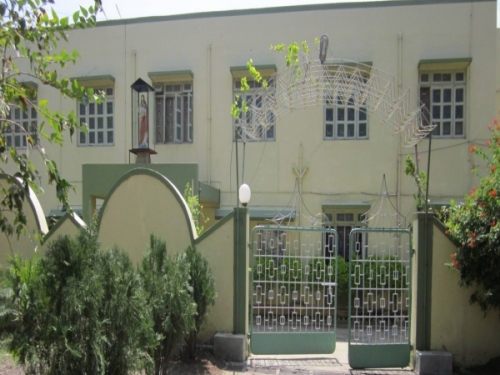 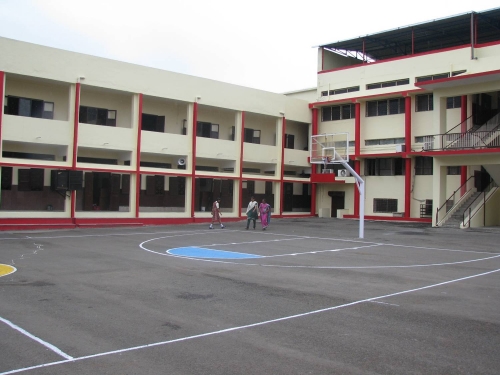 With the letter of His Lordship Bishop Andrew D’Souza of Pune, Sacred Heart Convent was established in 1950 on March 9th. The land was given by the Cantonment on lease for 90 years. When Mother Pascaline was the Superior sr found that there was no interior stair case. Many architects refused to construct one. But Mother Pascaline prayed earnestly and vowed to St. Joseph that if her petition of a staircase indoor was granted, she would take care of 14 girl children from the local and educate them [7 sorrows & 7 joys of St. Joseph]. One fine day a young gentle architect agreed to construct the staircase with 14 steps. Ever since, the sisters had taken care of 14 girl children under their care. The convent celebrated its Golden Jubliee Year in 2000 and Diamond Jubliee Year in 2010. 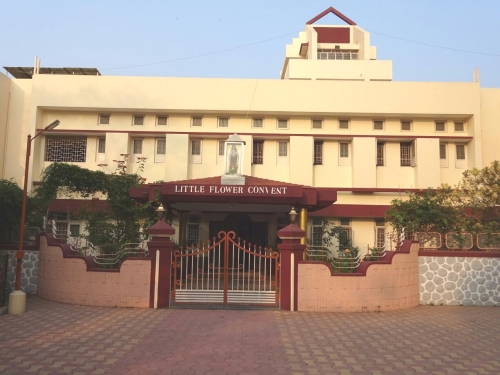 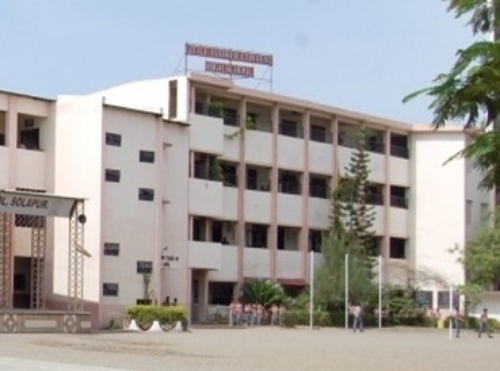 In 1950, the Bishop of Pune , Rt. REV. Dr. Andrew D’Souza had invited the Carmelite Sisters to run the school which was established in 1898 under the leadership of Rev. Fr. M.F. D’Souza. A small Convent was opened on 29th May 1950. 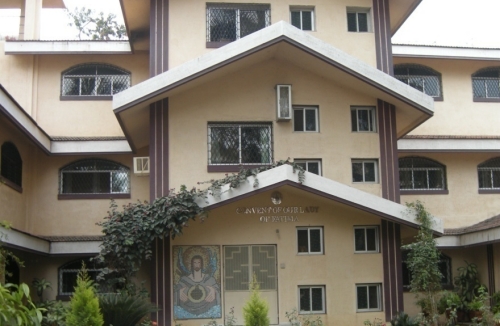 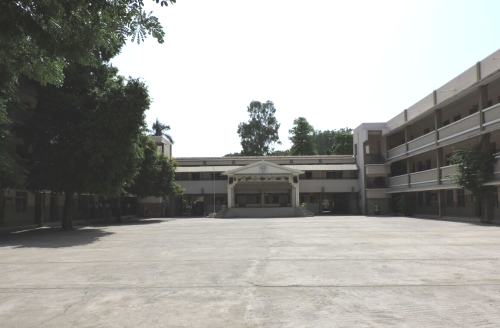 Rt. Rev. Andrew D’souza, the Bishop of Poona, invited the Carmelite Sisters to take over the school in 1874 which was in the church compound. 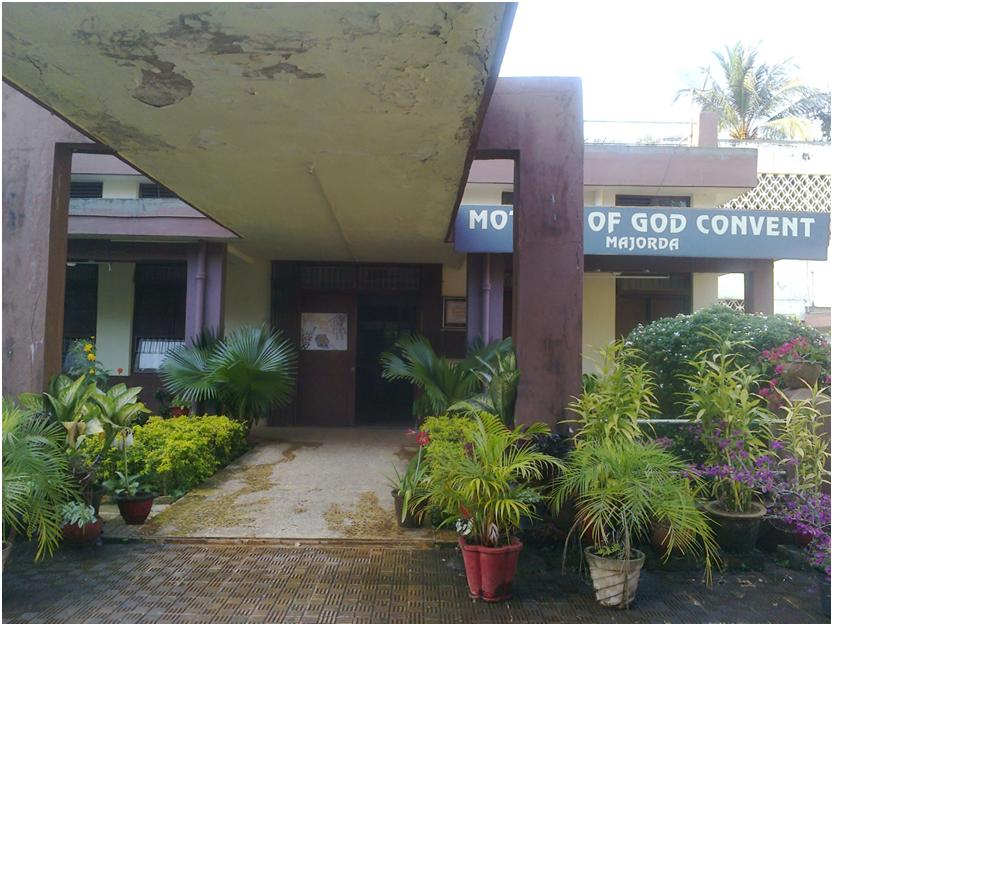 With the permission of His Lordship, Rt. Rev. Dom Francesco P.Rebello Bishop of Goa CCR opened a Convent at Majorda. Mother M. Lucy and Mother M. Emerita met two Carmelite fathers-Fr. Anthony, OCD, Prior of Margao Monastery and Fr. Lucas OCD, and later, Fr. Basilio Andrade, Vicar of Majorda Church, and drew up the terms of the new foundation. 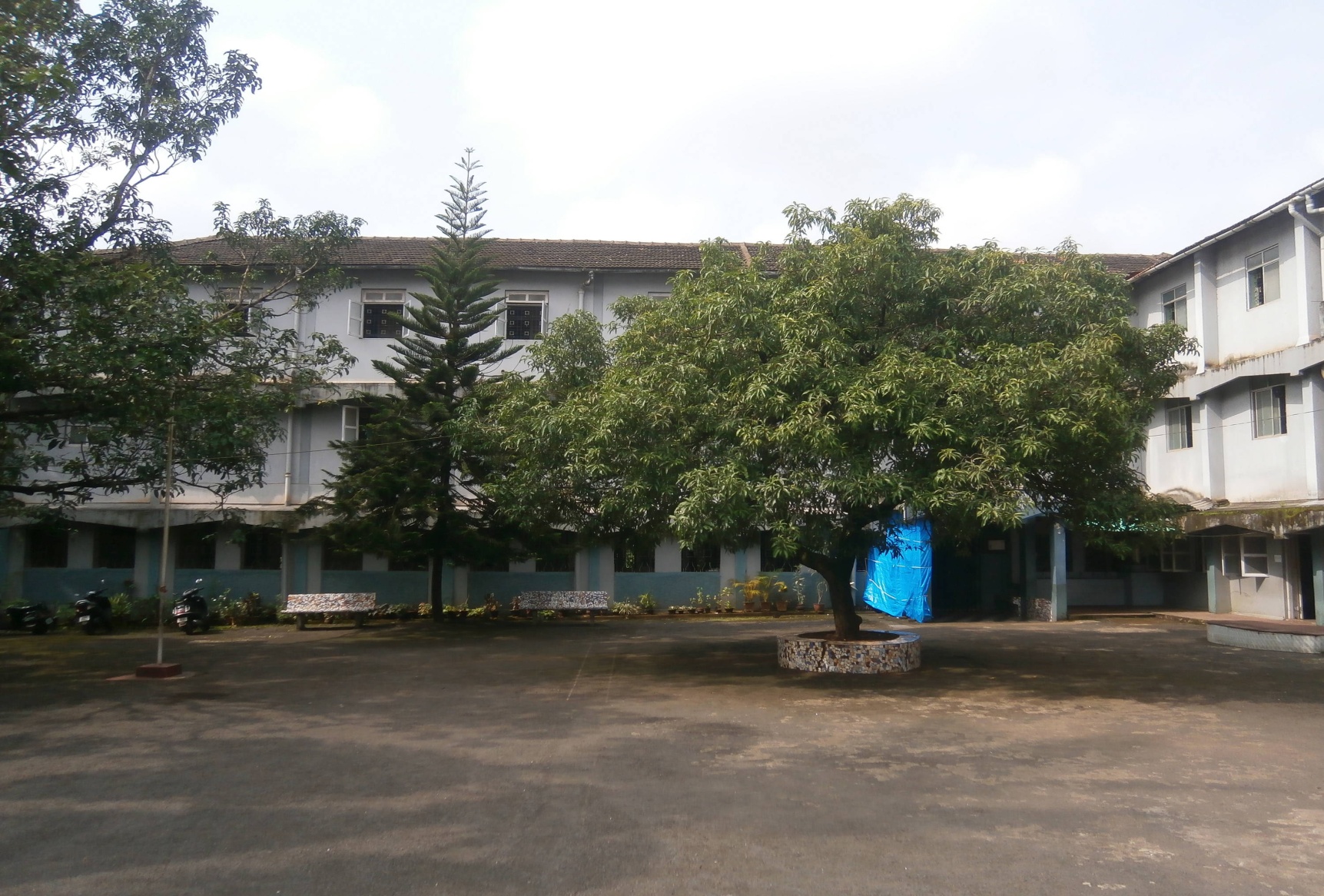 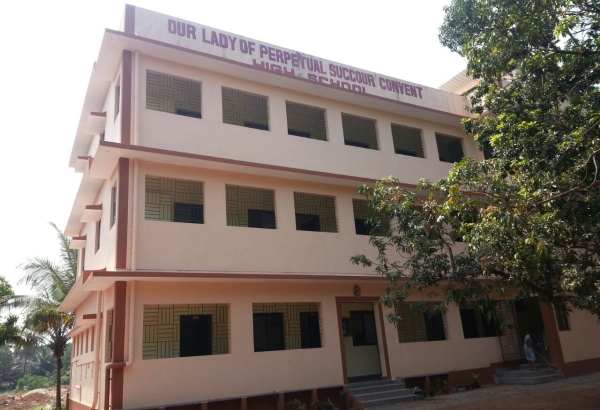 On 27th June 1966, the Convent of Our Lady of Perpetual Succour opened with a permission of His Lordship Rt. Rev. Dom Francisco P. Rebello, Bishop of Goa. 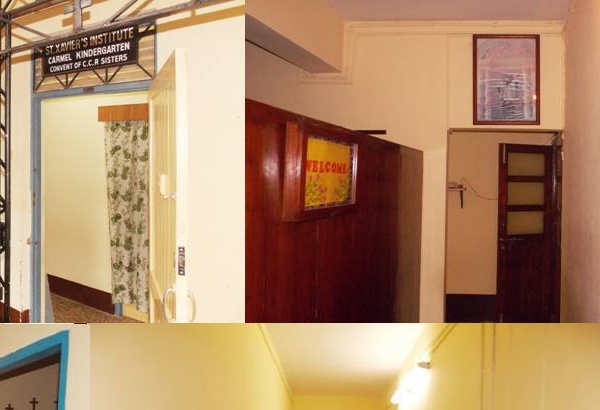 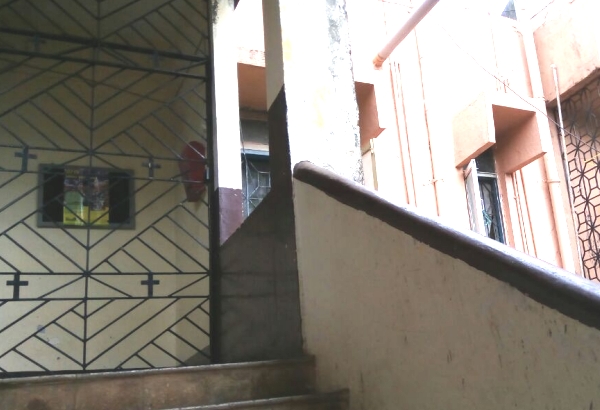 21 plots were earmarked, which formed part of a colony being developed by M/s Despamond-a registered partnership firm consisting of three partners-one of whom was Brigadier Monteiro (Retd.). The latter executed an agreement in favour of Mother General, Holy Angel’s, Trivandrum, on 26th April 1976 at Panjim. Rev. Mother General communicated this matter to Rt. Rev. Raul Gonsalves, Bishop of Goa. In 14th June 1977, Bishop Raul gave his whole hearted approval and blessings. A dispute arose and the matter was referred to the courts. When matters went bad to worse, Mother Mary Angela requested Mr. Peres to locate some land and have a base in Panjim. On 13th Oct 1978, Mother Mary Angela began her correspondence with Mr. Thamba, requesting an area of 495sq.m on the third floor of Susheela Building on 18th June Road, Panjim, to build a hostel, crèche and Sisters quarters. 14th July 1981 : St. Xavier’s Institute was open in the Archdiocese of Goa. 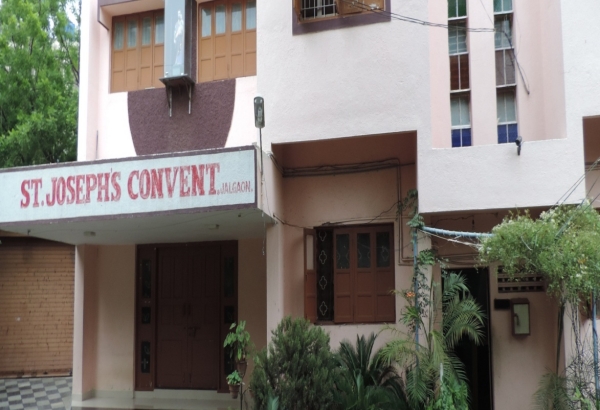 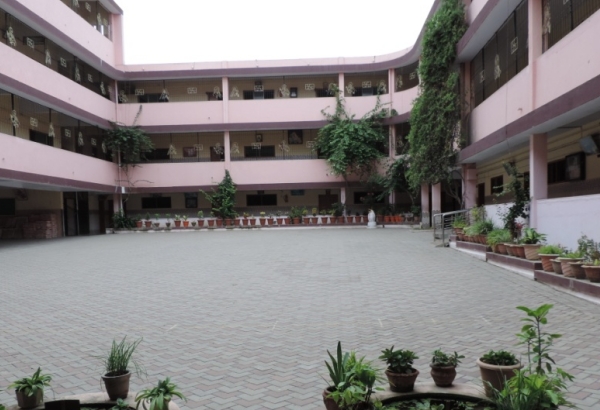 A strong request by the district collector and Mr. Suresh Jain, MLA was made to the sisters of Bhusawal to open an English Medium School in Jalgaon. Rev. Mother Mary Angela did not agree to the request as there was no Church, no Priest, and no Catholics in the area. A delegation of parents then repeated the request. Fr. Keating, SJ, flew to Trivandrum to make a personal request to the Superior general. Seeing Fr. Keating so old and limping yet zealous, Mother gave the permission to open the school. 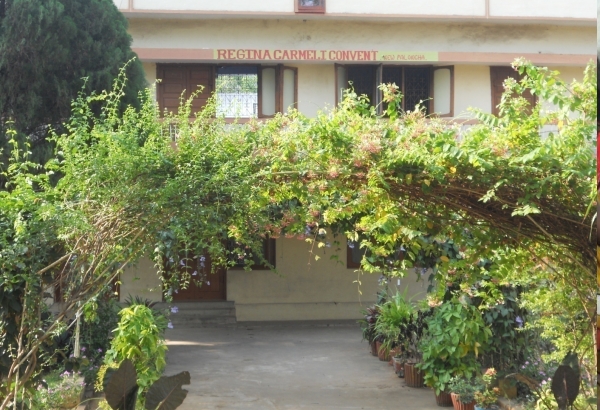 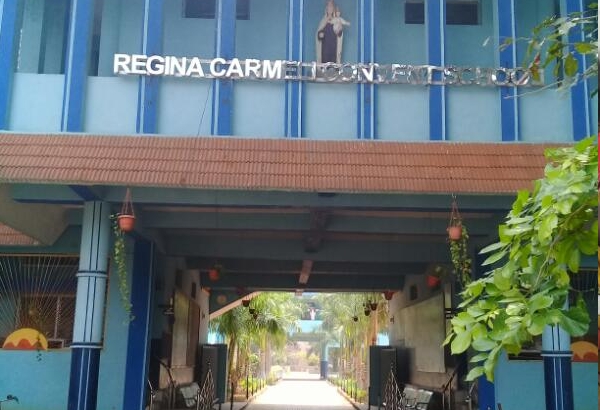 Rev. Fr. Bernadine, OCD gifted a part of their plot to the Carmelite Sisters to open a school. The parochial house was temporarily given to the sisters to stay and was named Regina Carmeli Convent. On 23rd July Rt. Rev. Alphonse Birette, Bishop of Warangal and priests concelebrated the Holy Eucharist in Telgu. After the Mass His Lordship blessed the nursery school. 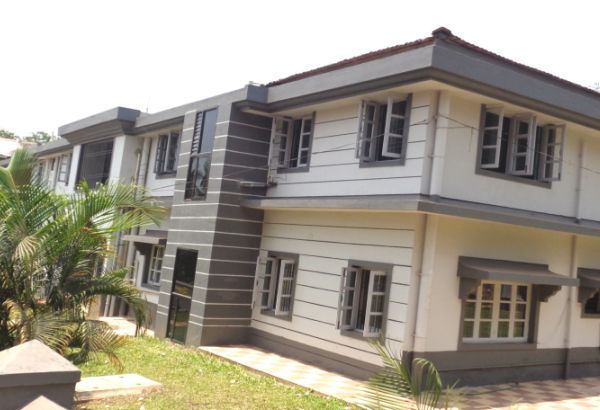 In 1985, our Congregation was offered a residential bunglow with the adjoining property by Mr. Wilfred D’souza, the grandson of the ancestral owner of the same property. At the parishioners meeting called by the parish priest, Fr. J.F.X. Machiel, a suggestion was made to utilize the property for the opening of a Home for the Aged. This suggestion was conveyed to our superior general, Mother Mary Angela who agreed to undertake the project and gave her blessings. 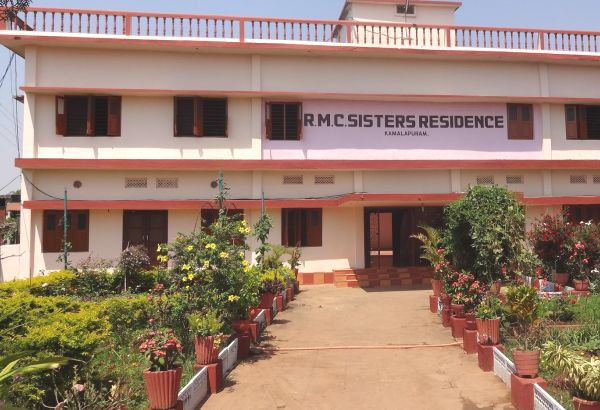 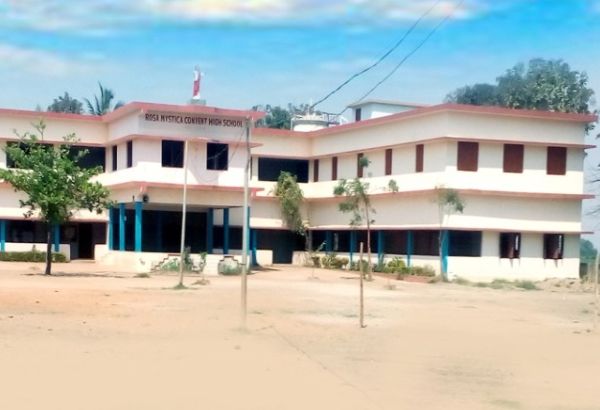 A small group of CCR sisters had started teaching in the company school for A.P. Rayons in 1992. At the invitation of Rt. Rev. Thumma Bala, Bishop of Warangal Diocese, another group of sisters came to Kamalapuram with the purpose of starting an English medium school. 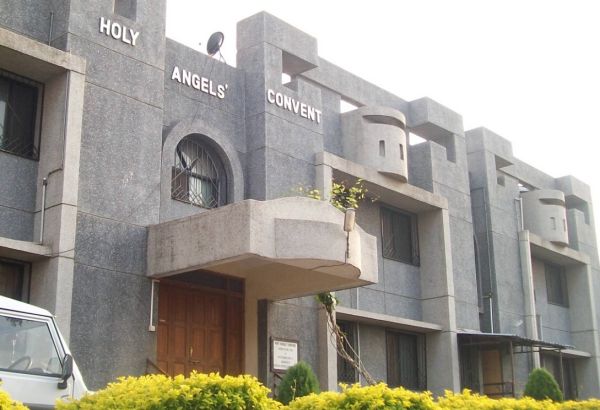 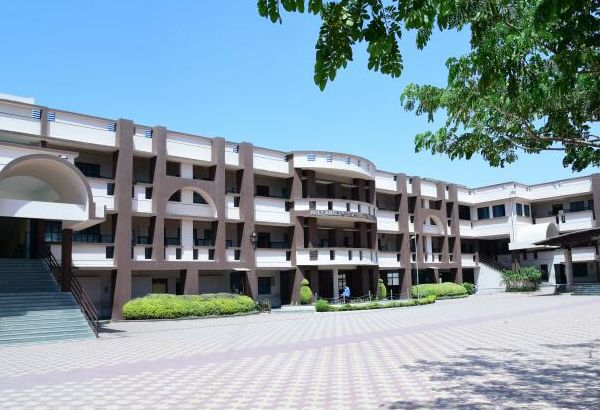 It was in the year 1998 five acres of land was purchased at Manjiri Khurd Village, Wagholi Pune. St. Thomas Society, Sandor, Bassein was asked to conduct the transaction since the society had agricultural land. The sale deed was made at Pune on 18th Sept 1998. On 7th March 2003, the blessing of the foundation stone was done by Fr. Terrie. In the same year, the adjoining agricultural land was purchased. On 10th April 2005, the school and the Convent buildings were inaugurated by our Superior General, Mother Mary Frances, and was blessed by the Vicar General Rev. Fr. Lourdes Daniel. 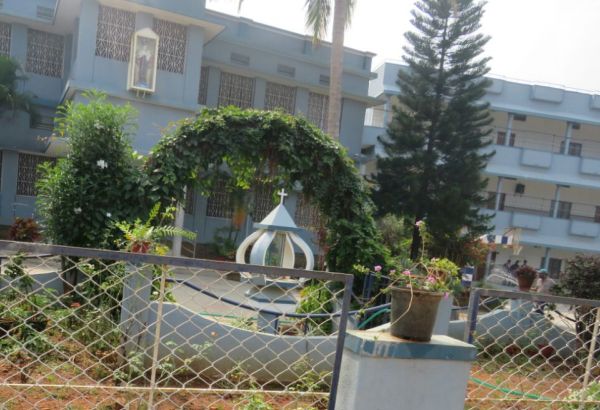 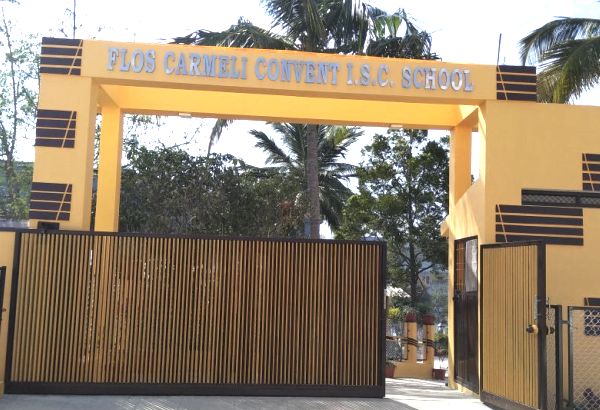 Our Lord inspired Rev. Fr. Gregory D’souza O.C.D, Director of Dhyanavana, to invite Rev. Mother to start a Convent in Mysore. In Dec 1998, Rt. Rev. Dr Joseph Roy, the Bishop of Mysore welcomed our Congregation to Mysore Diocese. Rev. Mother requested Sr. M. Evangelist to help out in the work of Mysore. In 1999, a C.C.R community was installed in a small M.I.G house taken on lease. On 18th July 2002, the foundation stone laid for the Flos Carmeli Convent was blessed by Fr. Archie Gonsalves OCD, Director Dhyanavana. We opened a new school in good time, there appeared a little girl Jewel Caren Mendez. Wonderful! The informal starting of our School was with just one child for a year.